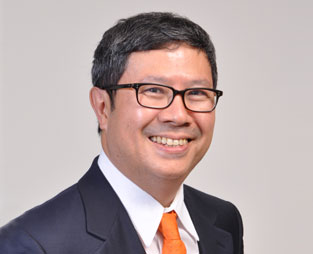 Dr Ronald Yeoh is Medical Director and founding member of Eye & Retina Surgeons, Singapore. He is the immediate Past-President of the APACRS. (Asia-Pacific Association of Cataract & Refractive Surgeons) and has organised the annual APACRS . He is also on the faculty of Singapore National Eye Centre where he is a member of the Cataract Subspecialty Group. He received his basic medical degree from St Bartholomew’s Hospital, London and did his ophthalmic residency in St Thomas’ Hospital, London and a surgical vitreoretinal fellowship in Moorfields Eye Hospital. In 2016 he was appointed Adjunct Associate Professor, Duke-NUS Graduate Medical School. In 2012 he became a member of the IIIC (International Intraocular Implant Club) and in 2018 was elected as Secretary of the Executive Board.

Dr Yeoh’s interest is in state of the art cataract surgery with the ultimate aim of quality vision at all distances without glasses. Having been one of the pioneers in phacoemulsification in Singapore, he ran a highly rated basic phaco course, ‘Pearls & Pitfalls in beginning Phacoemulsification’ in the American Society Of Cataract & Refractive Surgeons (ASCRS) annual meeting every year from 2000 -2012.

He was among the earliest users of advanced technology lens implants and has lectured extensively all over the world on these topics. His main area of interest currently is in the optimised use of advanced technology IOLs. He has run several very successful femtophaco courses at meetings in Asia, Europe and the USA.

Among the named lectures that he has given are the Keshmahinder Singh Oration for the Singapore Malaysia annual meeting and the Lim Lecture of the Asia-Pacific Association of Cataract and Refractive Surgeons (APACRS).

He was awarded the Golden Apple award for Best Teacher in the Asia-Pacific by the International Council of Ophthalmology. Residents at the Singapore National Eye Centre also voted him the best teacher in 2000.