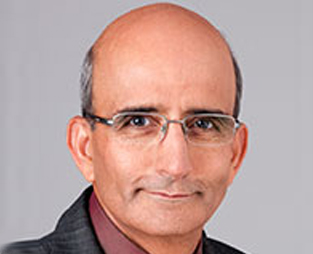 Raghudeep Eye Hospital (REH) has been the frontrunner in providing safe and quality eye care in India. With a strong focus on Technology, Talent, and Science at the core of its establishment, this hospital has won many awards and accolades at the national and international stage by providing the highest quality of eye care. And behind all this, lies a driving force that has been relentlessly striving forwards for the improvement of quality eye care, is Dr. Abhay Raghudeep Vasavada.

Dr. Abhay R. Vasavada completed his FRCS in 1980 from the Royal College of Surgeons, England, and started Raghudeep Eye Clinic, as a cataract specialty clinic in 1984 in Ahmedabad, India. He has been instrumental in positioning Cataract management as a subspecialty, and in raising the bar for management outcomes, be it the popularization of IOLs or establishing Phacoemulsification as a standard of care, in the entire Asia-Pacific region

Innovation has always been at his heart and it extends to his expertise, cataract management. He has made important contributions to the understanding and practice of cataract surgery, like emphasizing the role of balancing phaco fluidics (step-down technique); innovating a versatile chop technique; defining paradigms for challenging cases like dense cataracts, small pupils, subluxated cataracts; devising the ‘inside-out delineation’ technique for posterior polar cataracts; recognizing the entity of ‘cortico-capsular adhesions’, and many more.

He has innovated, researched and standardized crucial paradigms, including management of the posterior capsule and anterior vitreous and strategies for IOL implantation. He has undertaken the only single-center, randomized trial in the world to determine the safety of primary IOL implantation in children less than 2 years of age.

To his credit, he has more than 135 publications listed in various national and international journals. It would not be an overstatement to say that he has one of the highest numbers of individual publications related to cataract management in the world. He set up the Iladevi Cataract & IOL Research Centre, a basic research facility in 1991. Today, ICIRC is a government of India-recognized research laboratory dedicated to basic research and translational research pertaining to commonly prevalent eye conditions But, his most important contribution to science and society has been through the noblest of ways, i.e through his work done in the field of pediatric cataract management. At Raghudeep Eye Clinic, there is a dedicated team to provide the best care to children. Most importantly, this work is done on a charitable basis for those who are not in an economic condition to pay. In the last ten years, more than 2000 cataract surgeries have been performed; this goes a long way to reduce the burden of blindness.

Dr. Abhay has always been a philanthropist and believes in sharing his services and knowledge with everyone. He has trained more than 100 national and 35 international ophthalmologists till date. Apart from that, He also operates a center in a small town, Dholka, where the highest quality of eye care is provided to lesser privileged sections of society at nominal charges.

His contribution to ophthalmology has been recognized worldwide. Some of the most prestigious awards he has received include the Binkhorst Medal lecture by the ASCRS, APACRS Award for Best Educator in Asia Pacific Region, AAO Achievement Award, Arthur Lim Oration by the APACRS, Dr. B.C. Roy Award for contribution in the field of ophthalmology in India, National Best Researcher Award and several more. He was selected as one of the “Top Fifty Opinion Leaders” in 2005 for his Outstanding Contribution and Leadership in the field of cataract surgery.

He was awarded the honorary doctorate in the convocation ceremony held on 20th November 2015, in the presence of the University Rector (Equivalent to the Chancellor), Senate members and several other dignitaries.

He is a distinguished member of different ophthalmic bodies, including the ICO, AAO, ASCRS, ESCRS, AOI, APAO, APACRS and others.

He recently awarded the Daljit Singh Gold Medal for his contribution to the advancement of ophthalmology in India at the IIRSI meeting in Chennai by the Health Minister of Tamilnadu. – IIRSI 2016

His ultimate goal is to keep providing the highest quality of eye care management and solve some of the problems facing children and young adults through continuing research. And so far, he has been on the right track!