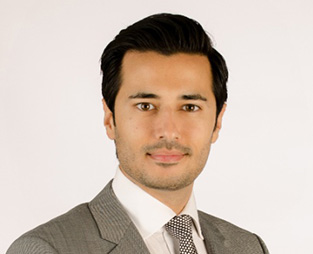 Hady El-Saheb, MD, MPH, FRCSC, DABO, is currently Assistant Professor of Ophthalmology and Director of Resident Research at McGill University. He is also a Consultant on the Ophthalmic Devices Panel of the Medical Devices Advisory Committee with the US Food and Drug Administration (FDA).

Dr .El-Saheb earned his medical degree and completed his residency at McGill University. He was then a glaucoma fellow at the Bascom Palmer Eye Institute in Miami, which is the #1 Eye Institute in the United States and subsequently completed a second fellowship in Novel Glaucoma Surgical Devices and Complex Anterior Segment Surgery with Dr .Ike Ahmed at the University of Toronto. He also completed a Masters in Public Health at the Johns Hopkins University Bloomberg School of Public Health in Baltimore, with an interest in Clinical Trials and Health Leadership. Dr .El-Saheb has received several awards, published peer-reviewed publications, book chapters, and spoken at multiple national and international meetings.