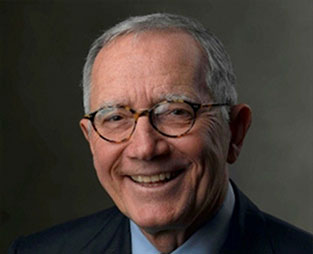 Dr. Yannuzzi is founder of VRMNY as well as vice-chairman and director of the LuEsther T. Mertz Retinal Research Center of the Manhattan Eye, Ear & Throat Hospital. He is also founder and president of The Macula Foundation, Inc., which has distributed several million dollars to eye research across the country.

Dr. Yannuzzi has made numerous innovative and lasting contributions in imaging, drug development, and therapeutic modalities. He was the first to use oral non-steroid anti-inflammatory medication for the treatment of cystoid macular edema and developed an eye drop to treat this condition. He has described new diseases as well as new associations and manifestations of established entities and photosensitization.

He has published over 400 scientific papers and 13 books, which have earned him respect and admiration in the ophthalmic-retinal community. He is well recognized as a devoted and excellent educator, a superb clinical diagnostician, and a prolific organizer of retinal meetings worldwide.

Dr. Yannuzzi is the recipient of numerous awards, including an honorary doctorate by the University of Ancona, the Michelson Award for Retinal Vascular Disease, a Distinguished Alumnus Award by Boston University, the Henkind, Gass, and Patz Medals by The Macula Society, the Alcon Research Award, the Herman Wacker Award of the Club Jules Gonin, the Arthur J. Bedelle Award, the Retinal Research Award and the Gass Medal of the Retina Society, the Bietti Medal, the Pisart Award from the Lighthouse International, and the Lifetime Achievement Award by the American Academy of Ophthalmology.